A new sovereign has ascended the throne of enterprise infrastructure space – it is cloud-delivered Infrastructure.

It has been close to five years since Rajan Raghavan and I joined with Sumant Mandal to launch The Fabric. At the inception, our vision was to create a series of innovative new companies in the cloud infrastructure space. After nearly five years, it is gratifying to see that vision turning into reality. The Fabric has been able to attract awesome entrepreneur teams and collaborate with them deeply to co-create and launch seven companies across two pools of capital thus far. Starting with VeloCloud and now with our latest to spawn, Spanugo it has been an amazing and productive journey. It is also exciting to note that we, at The Fabric, are not stopping or even slowing down! Since the initial vision, we have added IoT infrastructure to our scope, with IoTium leading the charge on that front.

Our thesis when we launched was: as compute, storage and bandwidth (both LAN and WAN) become plentiful and almost commoditized, entrepreneur driven infrastructure innovation will move from hardware (chips and boxes) to software. Not only that, it would move from bare metal to virtual and scale-out rather than scale-up.

Our insight came from our own entrepreneurial and investment journey and how that shaped our lens on the market trends. As we watched hardware oriented companies struggle to get market traction, software-defined infrastructure start to take hold, and enterprise adoption of cloud starting to accelerate, we could look back on the innovations the burst forth from earlier disruptive market trends, to reach our “cloud delivered” thought process. At that time, it seemed non-obvious and we did have to face and overcome some healthy skepticism (which did help sharpen our thinking, so sincere thanks to the skeptics).

It is now common to see so many infrastructure elements being delivered or at least controlled from the cloud. Even wireless LAN is now mostly cloud controlled. Not surprisingly, the legion of The Fabric co-created companies stands testament to this trend: VeloCloud has pioneered cloud-delivered SD-WAN and is the market leader, with glowing industry accolades. Appcito innovated on cloud delivered application delivery control and got acquired by A10. Perspica’s artificial intelligence powered analytics delivered as SaaS enables enterprises to keep their critical services running at the speed of business. You might recall Rajan recently blogged welcoming Tom Joyce to Pensa Networks (https://www.pensanetworks.com), whose flagship cloud-based service enables the rapid adoption of Software-Defined Virtual Infrastructure technologies.

More recently, IoTium has charged out of the gate fast as the first secure network infrastructure company for the Industrial Internet of Things (IIoT); they have blazed the trail in delivering a zero-touch cloud-delivered service and created an amazing open ecosystem of partners instead of the closed vertical apps that seem to be par for the course in IoT. Cancun has opened up a fantastic opportunity by accelerating big data computing tremendously with their unique software-defined memory lake technology. Spanugo although just a few months since inception, has already signed up eager pillar prospects and is working closely with them to further speed-up enterprise agility by assuring continuous policy compliance.

And, have I mentioned? Every single one of them is cloud delivered and/or cloud controlled! To summarize, The Fabric’s initial vision of infrastructure as a set of cloud delivered software services is proving to be prescient and now, a market reality.

We will continue to collaborate with top-notch entrepreneurs to co-create new innovative cloud and IoT infrastructure companies. I will elaborate in a future blog about what we are thinking about for the future. Here is a hint: you can bet it has to do with more cloud delivered services!

Get in touch and email us at innovate@thefabricnet.com 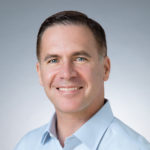 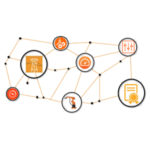 IT to the Rescue
Scroll to top