The investment firm The Fabric is set to unleash $20 million in new funding having sourced $20 million from the likes of Verizon Ventures, Citrix, and Hitachi. Those funds are targeted at startups. And hope springs eternal that one of those investments hits a return like it found with the likes of VeloCloud, Perspica, and Appcito.

Rajan Raghavan, CEO of the Silicon Valley-based venture firm, described the company as a “co-creation foundry” that includes both financial and logistical support. The financial support typically includes around $3 million, depending on the startup. The logistical support includes an innovation lab to help with prototyping; a development team to support a go-to-market plan; and a team to help with strategy, operations, and administration.

That combination of cash and support is what differentiates The Fabric from more traditional venture capital firms, and what garners the interest of its investors.

“We come up with ideas and take them to our strategic partners to see what they think of them,” Raghavan said, noting that the firm gets good attention from those investors “because it’s their money. They would like to see a return on those investments.”

The Fabric in total has raised $41 million through three funding rounds. With its latest funding round the firm is looking at startups focused on innovations in supporting multi-cloud deployments, the internet of things (IoT), edge cloud, mobile cloud, and 5G.

The company has thrown its support behind 10 startups, with three from its first round of funding having since been acquired. Those include software-defined wide area networking provider VeloCloud, which was acquired last year by VMware; Perspica, which Cisco bought last year and was folded into its AppDynamics group; and Appcito, which was acquired by A10 Networks in mid-2016.

The Fabric produced a 7x return in less than five years from its initial funding portfolio. The firm is not focused specifically on companies being acquired, but “being acquired is a nice happy accident,” Raghavan said.

Other companies to gain support include IoTium, Pensa, Spanugo, KMesh, and Rosetta Cyber Security. Most are focused on the cloud and IoT space, which Raghavan said comes from both a need for new platforms in those markets as well as the venture firm’s past history in the space.

The latest round began rather informally with an inquiry from Verizon. “Verizon approached us in an informal discussion to see if we were doing another fund,” Raghavan said. “They became interested, and we had some discussions around the mobile cloud and 5G, and they were very interested.”

Others soon jumped on board, including past investors like Citrix, Hitachi, and March Capital Partners. Companies targeted for support are sometimes linked to areas that the investing companies operate in, but that’s not a requirement to garner support.

“The agreements allow us to work collaboratively but not exclusively,” Raghavan said. “We leverage the relationships with those investors, and they are happy to be leveraged, but we also work on independent ideas that are not often aligned specifically with the investors.”

Some of those other ideas include new avenues like application performance assurance, microservices, serverless computing, and 5G.

Tweets by @TheFabricNet
Everything about The Fabric in 3 answers [Interview by SandHill.com] 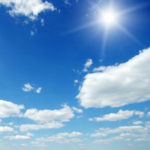 The Fabric Closes $20 Million Third Pool of Capital for Co-Creating Cloud and...
Scroll to top