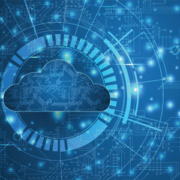 During the course of evolution , some events act as turning points and make such a major impact that they are seen as defining moments as well as the start of a new era in their respective spaces. We are at such a juncture in the application security space.

The adoption of cloud and virtualization for deploying and developing applications creates a huge shift and makes traditional and existing security solutions ineffective and inapplicable in the modern cloud era.

This article is the first in a multi-article series to examine various underlying factors contributing to the fundamental shift in Application Security space. I’ll be following up with a deeper discussion on the various factors and emerging approaches/solutions in subsequent articles. Let’s start!

The arrival of Address-less Workloads: Where Has My 5-Tuple Gone?

The use of dedicated physical servers for deploying workloads quickly spurred into a wasted capacity and underutilization of servers, high operational overheads, and cost of maintaining large server farms.

Recent advancement with Containerization and Server-less technologies make the address- less workloads more prominent. Platforms like K8s instantiates containers dynamically and inherently prevent the assignment of any form of static IP address to the workload. Workload to IP address mapping is internally managed by the underlying platform.

A server-less platform like Amazon Lambda goes a step further and even further de-couples the workload from underlying infra. A workload is instantiated on a demand to serve a specific function and it can be instantiated without any pre-context of the underlying host or network segment.

Workloads becoming address-less is the first of the main fundamental shifts. As the workloads don’t have any fixed network address that is known to the security team in advance, traditional security solutions that have policies designed in terms of 5-Tuples no longer work. Security policies cannot be expressed in terms of networking parameters like destination IP addresses or subnets any more.

In the cloud era, IP address based identification has been replaced with identity and attribute-based identification of the workloads. This leads to newer areas that evolve around securing address-less workloads. We’ll delve more deeply about these topics such as application micro-segmentation, discovering workloads using service discovery, and also workload identification frameworks like Secure Production Identity Framework for Everyone (SPIFFE)

Back in the old days, when workloads were tied to the physical hosts, security teams could secure the perimeter around the physical hosts and felt assured that they’re providing a secure environment to the workload.

As virtualization abstracts the underlying available physical hosts as a pool of available compute capacity, workloads are now instantiated at any available host. Also, as and when the usage requirements change, workloads are migrated to the best available physical host. The first iteration of this was to move the workload from one host to another host in the same data center. As technology became more mature, the migration across data centers and across multiple types of environments (public and private cloud) has become reality.

As a continued evolution, containerization platforms make the migration more seamless by abstracting the underlying compute, network and storage completely.

Workload mobility is another big shift. Perimeter-based approach to security no longer works. In Cloud Era, keeping security policies tied to a specific network segment or a specific host is no longer effective to protect the mobile workloads.

One of the basic promises of cloud technologies is to enable operational efficiencies and reduce cost. Cloud platforms enable the pay-as-you-use model. Various public and private cloud platforms like K8s dynamically scale down and scale up the workloads as per the load and demand.

The total lifetime of the workload is reduced to hours from the previous span of months or years. Workloads are short lived and only kept around if needed.

This presents a new set of challenges in terms of configuring and managing security infrastructure and policies for dynamic and ephemeral workloads.

Also, another challenge is that as the workload scales up and down, then security infrastructure has to be able to scale up and down accordingly for reliability and full realization of the cost savings. This makes the traditional security solutions with fixed capacities unfit for dynamic and elastic environments.

Emergence of East-West: APIs Are Everywhere

To maximize the gains from available elasticity of the workload, it becomes important to segregate different functions of the application into separate workloads (aka services). This provides two main benefits to the businesses. First, it allows an individual functionality to scale up and scale down more granularly based on its need, thus maximizing the operational efficiency and reducing the total cost of running application. Second, it allows the different functions to be developed, deployed and debugged separately.

It also creates an increased amount of workload-to-workload communication. Most of this traffic is an API layer traffic as the different functions of applications are communicating using APIs.

Before the cloud era APIs were seen as a north-south interface and most of the application layer security protection was deployed at the perimeter for north-south services, that shifted in the cloud era. APIs became primary means of communication amid workloads internally.

To summarize, this article touched upon the underlying factors creating a paradigm shift into the application security landscape.

Stay tuned for a deeper dive into various areas related to securing modern apps in cloud-era! 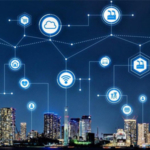