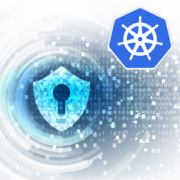 In Kubernetes security architecture, the API server acts as a centralized AAA gateway that provides authentication and authorization for all API requests. Once a request has been authenticated and authorized by the API server, the other services do not perform any further security checks and just rely on the trusted connection from the API server.

In K8s, API server elevates the privilege of an end user request while proxying it to the other services.

While K8s is a platform for deployment of microservices, it itself is based on microservices architecture and consists of multiple individual services that jointly work together to provide the full platform functionality.

The attack could have been prevented if the other services behind the API server were doing their own security checks. Making the API server as the only enforcement point is the main underlying cause of the vulnerability.

In the microservice architecture, there is very little difference between an external facing service and an internal service from a security point of view. As each service is exposing an API endpoint and is accepting API requests, each service must be responsible for its own security. Delegating the security to a centralized service creates a single point of failure in security infrastructure. This vulnerability underlines that the distributed microservices applications require distributed security checks and enforcement.

This emphasizes that a deeper application layer visibility is needed between the service interactions. Deeper visibility enables insight into the regular behavior of services interactions and allows the detection of abnormal behavior. Thus enabling a deeper defense against breaches. An attack could have been exposed if the interactions between the API server and other services were visible to K8 administrators.

As microservices adoption is growing, fueled by their compelling benefits in terms of agility and flexibility, securing the microservices requires organizations to consider a new set of principles while designing their security infrastructure.

As demonstrated by CVE-2018-1002105 securing microservices based applications requires distributed security enforcement. Perimeter security based architecture is insufficient and can expose a single point of failure from a security point of view. Organizations need to adopt a more comprehensive and distributed approach to security while developing a security architecture for their micro-services.

Also, deeper application-layer visibility into the inter-service interactions becomes very critical from the security and operation point of view. Organizations need to ensure that there are no blind spots in their microservice deployments. 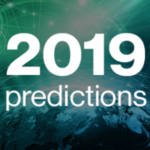 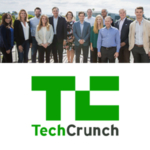