The Fabric plans to close the new raise with $20 million, which would bring the capital committed to creating early-stage cloud infrastructure companies to roughly $41 million.

The Fabric is pursuing a long-tested model for company creation which has had a mixed history of success.

As the number of networked devices proliferates, investors in The Fabric argue that advanced networking and communications infrastructure technologies will be needed to help manage the load.

According to Gartner, there will be 7.6 billion internet connected devices, and the market to service that industry will be worth nearly $3.9 trillion by 2021.

That’s a lot of money.

The Fabric is hoping to take a slice of that pie by working with entrepreneurs and affiliated funds to create companies and help finance them through their Series A rounds.

Founded in 2012 by Rajan Raghavan, Prabakar Sundarrajan, and Sumant Mandal, The Fabric has co-created eight companies — and three have already been acquired: VeloCloud acquired by VMware, Perspica acquired by Cisco, and Appcito acquired by A10 Networks.

“The Fabric was launched to fundamentally change infrastructure to be cloud delivered. In the last five years, we have created several successful cloud and IoT infrastructure companies to fulfill that premise,” says company chief executive Rajan Raghavan. “With Fabric 3, we are looking to build on that track record and extend the innovation to new horizons such as edge-cloud and IoT mobility.”

Read the original article at: https://techcrunch.com/2018/03/07/technology-infrastructure-launchpad-the-fabric-raises-15-million/ 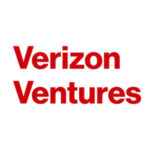 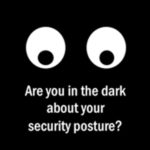 Security vs. Compliance
Scroll to top