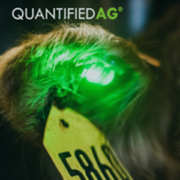 Fitbits for cows? Building IoT for the industry technology left behind

Nebraska-based start-up Quantified AG explains the potential and the challenges of bringing IoT, machine learning and cloud-based tools to the livestock industry.

The livestock industry has a lot to gain with modern technology — IoT devices paired with even the simplest software platforms can help ranchers track and manage their inventory. Yet until recently, many ranchers were tracking their cattle using just pen and paper, according to Brian Schupbach, co-founder and CTO of Quantified AG.

“In the last five years, the cattle industry has made leaps and bounds in technology advances,”  Schupbach said. “But five years ago, there was really, truly nothing. I remember getting into it and thinking, this is the industry technology forgot.”

Schupbach is trying to change that with Quantified AG, a Nebraska-based livestock data analytics company. They make smart ear tags for cattle — which Schupbach likens to “Fitbits for cows” — as well as a web and mobile-based software platform that ranchers can use to monitor the health of their animals.

After about four years of research and development, Quantified AG is preparing to launch its first commercial product later this year. Schupbach spoke to ZDNet about the challenges of bringing IoT, machine learning and other cutting-edge technologies to a traditional industry. He was joined by Jeff Kim, CEO of Kmesh, a business that’s helped Quantified AG with data orchestration.

Here are the highlights of that conversation:

Why the industry needs a “Fitbit for cows”

“The whole goal is to really monitor the temperature and activity patterns of these animals, and at the end of the day, come to a determination if they’re healthy or sick,” Schupbach said. “This helps cattle operations with labor and costs — and really treating animals that truly need to be treated, rather than kind of a guess-and-check game, which is what they’re currently doing.

“Around one in five cattle actually end up getting sick when they’re at a ranch or feed yard, which is a pretty high percentage. Humans are generally not very good at finding that… Even the best veterinarians are just about 60 percent accurate, and that’s even using diagnostic tools like thermometers and stethoscopes and things like that.”

Meanwhile, Schupbach explained, most livestock operations rely on pen riders, or cowboys, to simply “get on a horse and they ride around all day long” to visually scan for sick animals. “With the sometimes large amount of animals that could be in a cattle operation, they have just about four seconds per animal to make that determination if they’re sick or healthy… They’re using the same method of identifying sick animals as they did 100 years ago.”

How it works: Combining sensor data with metadata in the cloud

Once a cow is wearing a sensor, some pieces of data are recorded on a micro-second basis, Schupbach explained, such as their activity. “Temperature, we don’t need that type of fidelity, so we actually get that once per hour,” he continued.

At the end of every hour, a data summary is sent to a central base station, which then sends the information to the cloud. From there, it’s combined with metadata such as an animal’s weight, breed and sex. Most of the metadata is manually entered by ranchers, but Quantified AG’s platform can also get information from other connected devices, such as the Whisper digital stethoscope. The system also considers external data, such as weather information.

“We feed that into a few different machine learning classifiers and also some regular statistical models,” Schupbach said, “and at the end of the day, we come out with a list… of which animal is sick.”

From the beginning, Quantified AG’s platform was built for scalability and a multi-cloud approach, Schupbach said.

“These IoT devices have limited memory, limited processing power, so it’s really not feasible to run a lot of the machine learning algorithms that we use to generate health outcomes” from data centers,” he said.

They wanted to use multiple cloud solutions primarily for redundancy. “Feedlot operators or cattle operations, if we provide a product to them that monitors the health of their herd, it’s really important that we are highly available,” Schupbach said. “We can’t miss a day because it would hurt their pocketbooks, it would hurt the animals’ health, and some animals could even die.”

The team started on Amazon Web Services, he said, and then turned to Microsoft Azure after evaluating some of its machine learning services.

“We thought this would be fairly easy to implement,” Schupbach said with respect to multi-cloud management, “but as we got into it, especially being able to do it at scale, was going to be just an enormous project. We thought we might even have to hire a full-time person just to kind of manage this orchestration of data.”

Tapping into the benefits of multi-cloud

Quantified AG turned to SaaS vendor Kmesh for multi-cloud data management, with the initial expectation of simply running applications on Azure and keeping data on AWS as a back-up solution. Now, however, the company is starting to explore the true potential of a multi-cloud strategy.

“It kind of gives us the opportunity to use some of our favorite tools in AWS and also explore maybe even the Google Cloud Platform, which previously we kind of knew it was there, but we never really looked at, because we didn’t want to migrate everything over there,” Schupbach said. “Azure’s machine learning, I think, is fantastic. I think they’re slightly ahead of AWS. On AWS we really enjoyed Redshift… I’ve never used it before, but I’ve always wanted to try Google BigQuery as well.

Kmesh CEO Jeff Kim stressed that data management becomes more critical for a firm like Quantified AG when it starts doing international business. Quantified AG is currently finishing up its testing in Kansas and Oklahoma, but it also has a presence in Australia already.

“With the new world data privacy and data sovereignty… a lot of this IoT data is going to come under compliance,” he noted. As the livestock industry goes global, the industry will have to comply with rules at local, national and regional levels.

An industry ready for change

While there will certainly be challenges ahead, Schupbach said that consumer preferences and economic realities are driving the industry to embrace the kind of technology Quantified AG is offering.

Relying on cowboys to monitor cattle is time-intensive, he said. “And believe it or not, there’s not a lot of kids growing up that want to be cowboys anymore. They are facing an extreme labor shortage, so a huge component to this tag is they don’t have to stick to the stable label or be shorthanded.”

On top of that, Schupbach said, “there’s a big push from consumers not to treat animals with antibiotics and that sort of thing.” Large corporations like McDonald’s are demanding that cattle producers meet certain health and wellness standards.

What’s next for Quantified AG: Monitoring cows on boats

As Quantified AG readies to roll out commercially, it’s also conducting tests within the live cattle shipping market. They’re preparing to test their technology on a shipment going from Australia to Indonesia.

“They actually take live cattle and put them on boats and ship them to another country,” Schupbach explained. “So Australia is pretty big into this. They ship anywhere from Vietnam to Indonesia, and even the United States. Hawaii, believe it or not, has a pretty large operation that ships to the mainland. So it’s a real big problem to monitor [cattle] health on boats.”

During the test, Quantified AG plans to use a satellite internet provider to send data back to the cloud. Schupbach said he’s not sure how it will go, “but that’s why we’re doing this test.”

Tweets by @TheFabricNet
Forces Of Fundamental Shift in Application Security 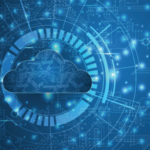 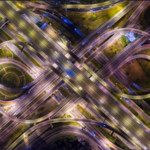 Microservices: an explosion of metrics and few insights?
Scroll to top