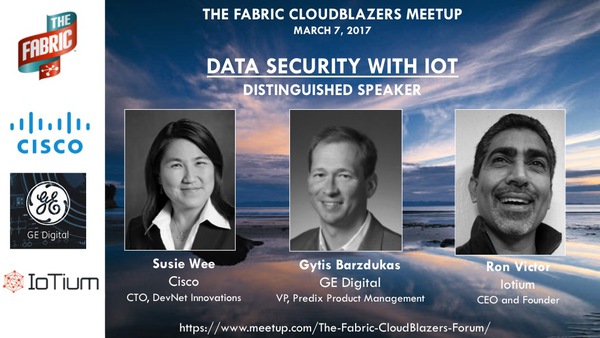 The Fabric CloudBlazers is hosting a great event with speakers from Cisco, GE Digital and IoTium leading a panel on IoT deployment and data security Issues.

Susie Wee, VP and Chief Technology Officer of DevNet Innovations, Cisco, Gytis Barzdukas, Vice President, Head of Product Management, Predix at GE Digital and Ron Victor, CEO of IoTium, an emerging leader in secure IoT networks, will go into details of what are best practices in securing and deploying IoT across various industries.

WITH large scale IoT deployment, top of mind at enterprise CISO is the risk of exposing the enterprise datacenter to hacks from millions of IP enabled IoT sensors. Recently reports of such hacks into secure data have raised the concern.

Is there is better way to deploy IoT and protect the IT side of the enterprise data? Learn more from executives from Cisco’s IoT, GE Digital’s Predix and IoTium.

Speaker Bio:
Susie Wee is the Vice President and Chief Technology Officer of DevNet Innovations at Cisco Systems. She is the founder of DevNet, Ciscos developer program for infrastructure and application developers, which catalyzes innovation by the developer ecosystem.

Before joining Cisco, Susie was the founding Vice President of Experience Software Business and CTO at Hewlett Packard, and Lab Director at HP Labs. While at HP Labs, Susie was a consulting assistant professor at Stanford University.

Susie received Technology Review’s Top 100 Young Innovators award, ComputerWorld’s Top 40 Innovators under 40 award, the Red Dot Design Concept award for augmented collaboration, the INCITs Technical Excellence award, the Women in Technology International Hall of Fame
award, and was on the Forbes Most Powerful Women list. She is an IEEE Fellow for her contributions in multimedia technology and has over 50 international publications and 57 granted patents. 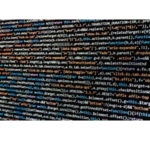